Who could ever guess K.I.T.T. actually has emotions and really feels bad about the way Michael treats him and talks about him. Our friends over at Huevo Cartoon TV dedicated a special episode to "The Egg Rider" featuring Kitty and the Egg. What would happen if K.I.T.T. refuses to do anything until you say the magic word?

Larson, a singer in the 1950s clean-cut pop group The Four Preps who went on to compose many of the theme songs for his TV shows, died Friday night of esophageal cancer at UCLA Medical Center in Santa Monica, his son, James, told The Hollywood Reporter.

Larson also wrote and produced for such noteworthy series as ABC’s It Takes a Thief, starring his fellow Hollywood High School alum Robert Wagner as a burglar now stealing for the U.S. government, and NBC’s McCloud, with Dennis Weaver as a sheriff from Taos, N.M., who moves to Manhattan to help the big-city cops there.

Read the rest of the article here at The Hollywood Reporter 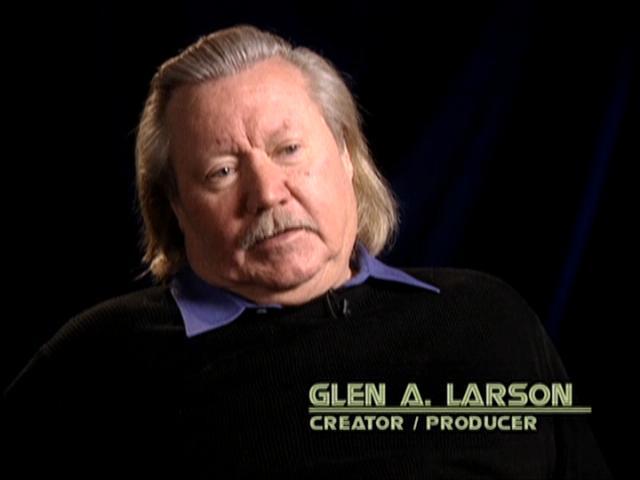 The Facebook page for The Knight Rider Companion posted this message earlier today, confirming that Glen A. Larson has died at the age of 77

"It is my sad duty to inform you that Glen A. Larson, the father of Battlestar Galactica, The Fall Guy, Buck Rogers, Knight Rider, and so many other memorable worlds imagined and rendered in the 80's has passed away today.The world has lost a guiding light who inspired it and a true visionary whose passion for life, freedom, and family will continue to live on."

It is with great sadness that we learn of this news. Larson has done much for the entertainment world. He gave us Knight Rider, but also many many other shows. Knight Rider NL offers it's greatest respect and condolences to the Larson family and everybody involved. A great man is gone forever.